The Circles Program, from an Allies perspective 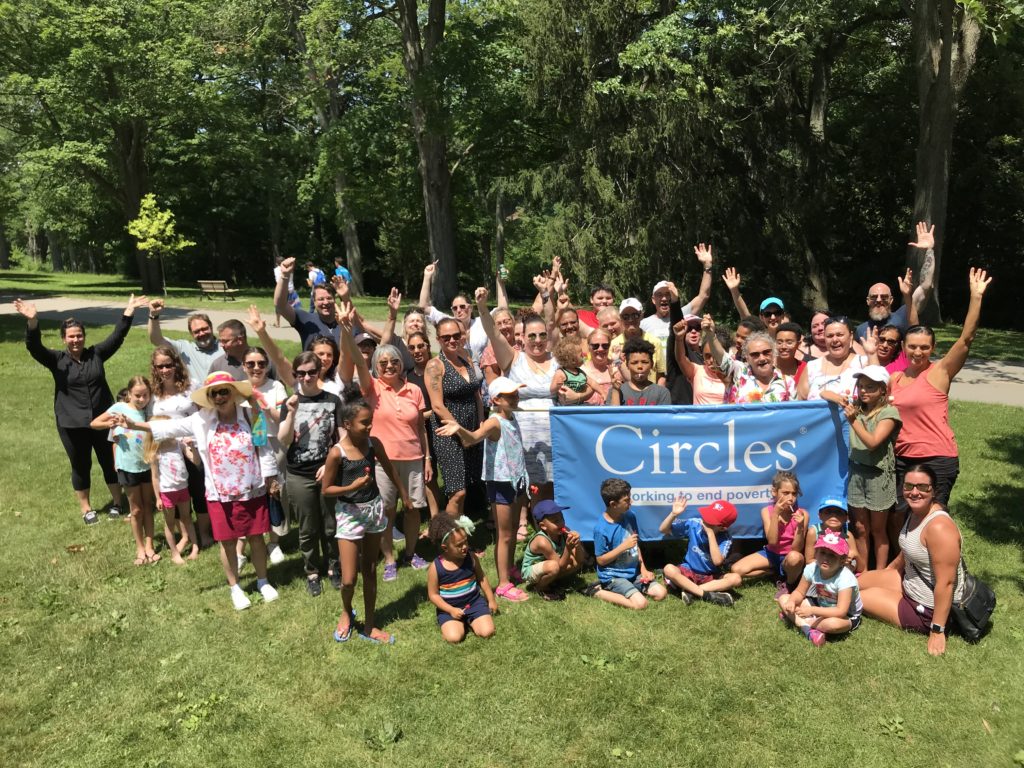 I started volunteering for Bridges out of Poverty/Circles in October, 2018.  A friend told me that this was a really good initiative, supported by Goodwill and the City of London that helped people living in poverty to help themselves. And that I would learn a lot about London.

I first met with Shane Clarke, a committed and knowledgeable advocate for people experiencing poverty, who worked for the Circles program. He explained that as a volunteer I would be acting as an “Ally” and supported other individuals who are the “Leaders”. All have been referred to Circles by their Ontario Works Case Worker. Right away I liked the sound of that- I would be an ally, a friend, while they set the course.
The format for the regular weekly evening meeting is to start with a meal provided by various charitable organizations, so Allies, Leaders and their children could eat together. One-on-one friendships develop. Often the Circles hour would be spent with an invited speaker, or sometimes just discussing topics, such as goal-setting. To prepare, I watched a TED video talk on poverty, the main message being that “Poverty is not the absence of wealth, but rather can feel like the absence of dignity”.

This past year, the Tuesday evening meetings have been held at Youth for Christ building on Adelaide St. When I walked into my first meeting, my immediate impression was of little kids running around playing, waiting for dinner, while about 18-20 adults sat and chatted at the tables. It took a while to figure out who was an Ally and who was a Leader, but I soon realized that it didn’t matter anyway. The conversation exchange was definitely a two way street; we were all learning from each other. After an hour or so chatting and eating the adults head into the seminar room for a one hour Circle meeting. A team of volunteer child-minders take over the child care.

Shane, the coach, always kicks things off by inviting everyone to share with the group “something new and good” that had happened to them that week. I discovered this is a simple but powerful tool to get people to speak in public, and be positive. As the weeks went by everyone became more and more comfortable sharing their personal stories. Shane also invited guest speakers to talk about what the group was interested in. Topics have included nutrition, budgeting, health / medication issues, and ways to de-stress, such as yoga and art therapy. The last session before the summer break, everyone shared how things had improved for them since starting to attend Circles – new jobs, success at school, and becoming a more self-confident person. And how proud they were of not only their own accomplishments, but of others in the group. That was the best meeting of the year!